hello i am jamie

THIS IS MY STORY

I was born and raised in the west of ireland. They say i'm passionate, creative, enthusiastic, humble and determined. And I guess determination made me graft my way from a 15 year old pot washer to cooking in the worlds number one restaurant, the french laundry, california 10 years later. i dream big and work hard.

My first venture into the hospitality industry was at the tender age of 15, I got a job as a pot washer in the Skeffington Arms Hotel, Galway to gain some experience to get into culinary collage. After completing the 2 year course at Galway culinary school, I landed my first chef position at the Rockglen country house with Malaysia chef mentor and great friend to this day.. Chef G Nazri

jamie´s broad experience and merit list is testament to his will and strength of character. he has an unshakable desire and commitment to achieve his goals and dreams 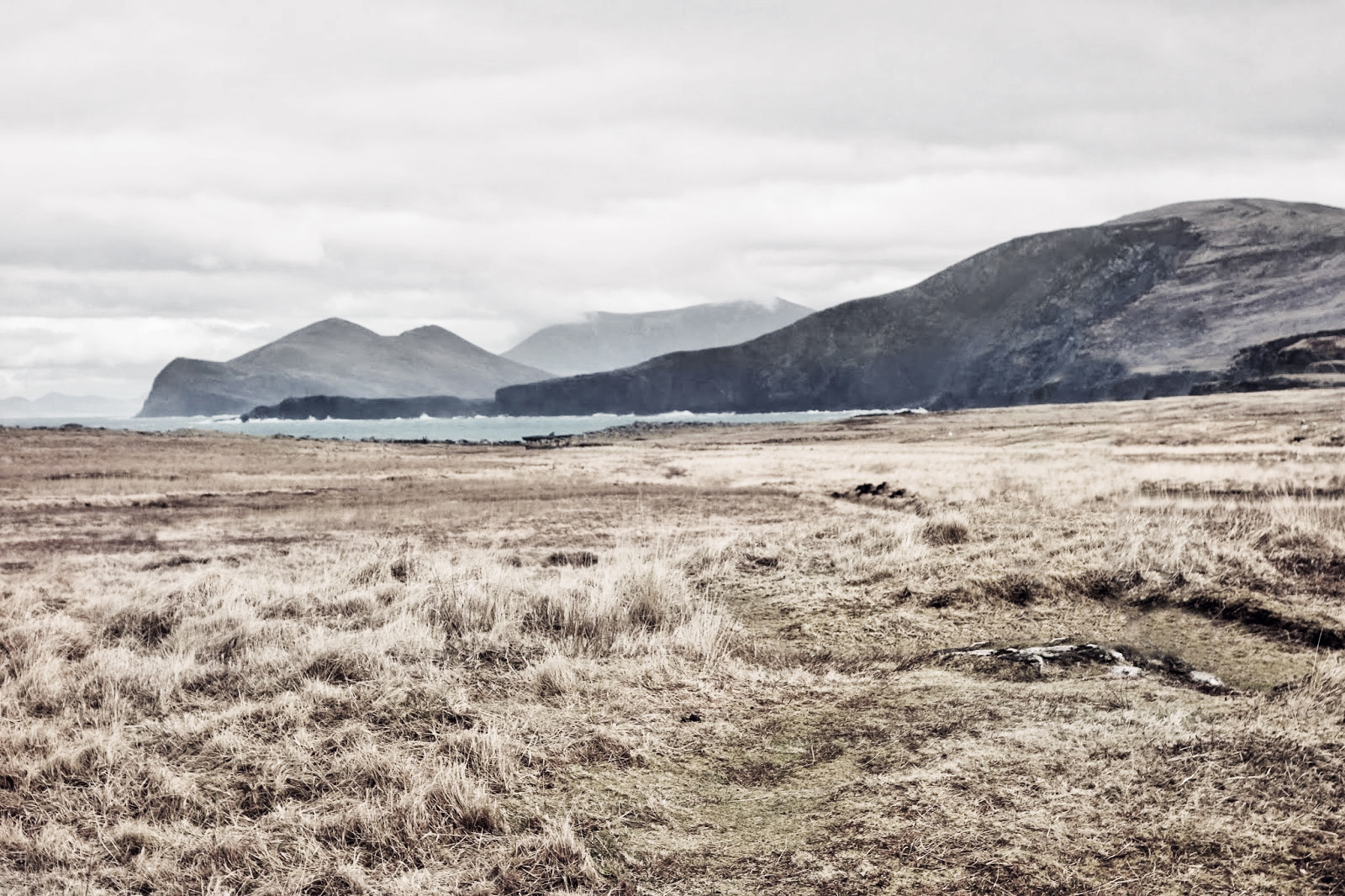 What inspired you to become a chef?

I was 15 years old and realised I needed a job I could be creative at. To work with my hands, to create something from scratch. I saw cooking as a craft that allowed me to use a raw material and apply creativity and skill to produce a beautiful finished product, that could in a way translate into gifting an experience to someone. The lineage of nature to craft to sharing attracted and excited me.

What was the driver to get to the top of your game?

Food has limitless opportunities for growth, exploration and diversification. At 16, I was restless, hungry for challenge, keen to develop, brimming with impatience and that young foolish internal drive to be best. I wanted to up the ante. My career guidance teacher sensed this when the time for training placement came up. He braved sending me to work under Malaysian Chef G Nazri out in Connemara (in the far west of Ireland) where in fact they hadn’t sent any students in two years, for the simple reason it was deemed a tad too intense and demanding for faint-hearted commis-chefs.

Having grown up in the west of Ireland meant my reference of food revolved around bacon, cabbage, turnips and potatoes. The transition from a meat-and-two-veg perspective to what a luxury country house hotel with a well travelled Malaysian chef had to offer was overwhelming. Walking into the Rockglen kitchen was the first time I saw food that inspired me. Chef G Nazri´s food was artistic, creative and beautiful. I was lucky that he saw potential in me. Encouraged and spurred by ambition, I spent two years there on college placement and hitchhiked out on weekends to work part-time. Living in a staff house filled with Germans, Swedes and French opened my eyes to a whole new world of food, cultures and adventures.

As much as I enjoyed it, Im not going to pretend it wasnt really hard work. At some point I asked Chef G whether when I get qualified will it get any easier. “It’s never going to get easier, this is as easy as it’s going to get” he replied.

The desire for continuous improvement, the need to prove to myself and others that I could make something of life and fulfil my potential kept me going. It took me to the French Alps. I had a vision of sitting on the ski lift in the day, planning what to cook in the evening. The time spent in the Alps helped me figure out what to do next; Chance had it I met Ian Webber and was invited to come to Dorset to work alongside him in the pursuit of gaining a Michelin star. At this point the concept of the Michelin guide was unknown to me, not at all on my radar, which illustrates what a rookie I still was. Webber gifted me The French Laundry cookbook and another goal started to form; To one day work there. Webber also introduced me to Michael Caines and Gordon Ramsay, which in turn opened a whole new world of possibilities and goals. Coming to England was a step up into the Premier League. It took 5 years of perseverance to win The Gordon Ramsay Scholarship. Then after a decade in the Michelin realm, perfecting my craft under the mentorship and guidance of Michael Caines, Thomas Keller, Corey Lee, Rasmus Kofoed and Heston Blumenthal, followed by 4 years as head chef of luxury hotels, I realised some time out was needed to reflect on all my learnings and re-assess my continued journey ahead.

What made you question the profession and where you were heading?

I hit a point where I felt that I had gone as far as I could in this game. The corporateness of the job was draining the energy from me. It had become an empty quest and I was keeping up just for the sake of keeping up with myself.

Was there a ‘come to Jesus’ moment that turned your attention to plant based food or was it a gradual progression?

A bit of both. I had the unfortunate experience of sitting bedside to someone close to me in a chemotherapy ward, and that marked a start of changed thinking. I saw others in the same situation; in every bed someone on chemo, surrounded by their families. In comes a cheerful trolley with sweets, crisps and Coca-Cola; They were selling that stuff to cancer patients and the paradox of the situation was glaring me in the eye..

This occured at a time where I was looking for a new direction and inspiration. I felt I had more to give and develop and the hi-paced hi-prestige race I was in was not providing that. My drive and ambition had become satiated and I needed a timeout to contemplate, reflect, reprioritise and find some balance! This time I headed for Thailand to immerse myself in the art of Thai boxing and yoga.

jamie has demonstrated outstanding skill and ability in the highly specialised field of culinary arts. I believe the food and hospitality industries will benefit from his budding talent for many years to come

Living in the remote valleys of northern Thailand meant I stopped eating meat to avoid food poisoning. This also presented an opportunity to expand my vegetable based repertoire as I found a lack of such a focus within the segment of the industry I had been a part of in England. I was bored of all the risottos being cooked. It was a personal challenge for me to see what could be developed. Over the period of not eating meat and studying nutrition online and discovering the art of fermentation, being in a beautiful place surrounded by nature, seeing some of the strongest athletes I have come across eating a plant based diet made me realise we don’t need meat to be strong. All of these aspects of my Thailand stay factored in to put me on a plant food trajectory. My approach to food changed completely. It was always flavour- and presentation based, and I was working within the confines of a norm set. Now my focus is founded in nutrition – and flavour naturally follows.

Alongside plant based food, why the term holistic?

The term holistic became part of my mission statement with the underlying ethos of doing good and elevating consciousness under the mantra “Let food be thy medicine”. Flavour comes naturally when you have good quality ingredients. Mother nature speaks for herself. Presentation and technique are built-in due to years of experience and I am combining what I´ve accumulated to redirect my craft. Holistic for me means an all round natural approach to food, as well as to life in a general sense.  Wanting to challenge the status quo and create a message and a brand that raises people’s consciousness of the potential power of choosing a lifestyle and a diet that is accessible to everyone; It just needs some learning, the aquisition of a new set of skills and a new palette to work from.

How has your changed perspective toward food influenced your life?

Profoundly! Respecting food more and where it comes from, not just farming, but the magic involved in taking the energy of a seed and transforming it into something that provides us with energy. Think about it. The connection to the sun and the earth through what you eat. Respect for food is respect for life. Learning about plant foods and the ecosystem, the cycle of life has enriched me. The disconnect from nature in the current food system at large seems to be directly related to society´s level of disease, in more meanings than one. The world we live in is transitioning and we are increasingly more aware of our accountability to ourselves, to the planet we live on and the other beings we share it with. Changes will have to be made, and I feel some sort of responsibility to apply my field of expertise to help those changes along, by creating tasty nutritious and beautiful food that speaks for itself.

/ This interview, conducted by Nina De Winter, is taken from the book 31days – A Veganuary Conversation, featuring a chapter by Jamie. /

a mentor is someone that sees more talent and ability within you
than you see in yourself – and helps bring it out. 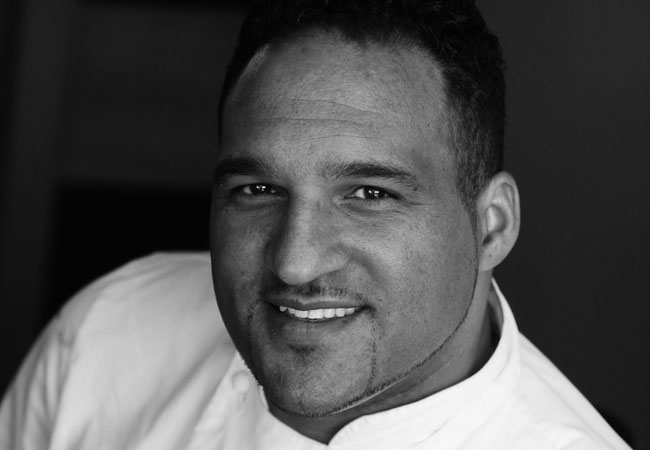 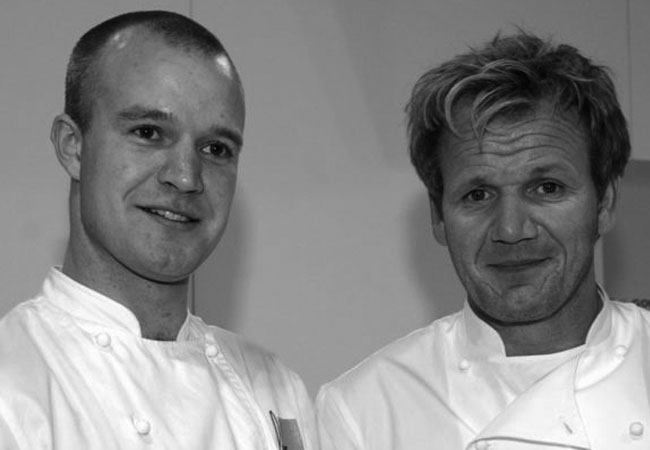 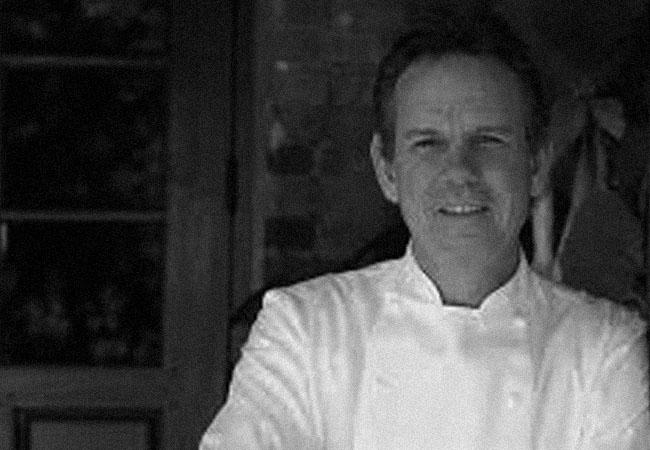 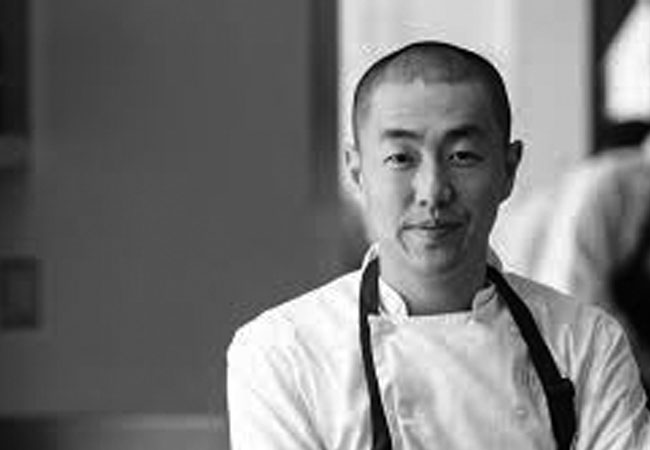